Last year we celebrated the return of the classic “BBC Food & Drink” programme from the 1980s under a greatly revised format and outlook, with Chef Michel Roux Jr. and Kate Goodman. It had a short run but was enough of a success to return this year with a second series on Monday nights, at 20:30. 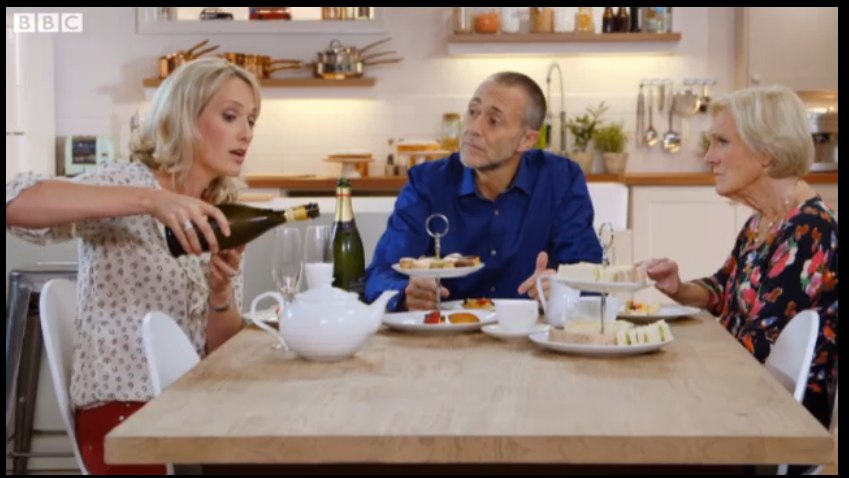 My two major issues last year, as a wine lover, were firstly that the wines were presented ‘blind’ because of issues to do with branding and licensing, and very little time was devoted to the ‘Drink’ in the title. I watched the new series which started last week to see what, if anything, had changed in Series 2.

Hiding the labels of the bottles being tasted meant that the programmes were not nearly as informative as they could have been, as viewers couldn’t go and buy the bottles. It did mean we were able to create a fun new game to try and identify the wines, but the viewers’ interest was such that the programme itself relented and started naming the bottles on their own website.

This year, they’ve abandoned this odd habit and returned to naming the bottles, prices and retail sources. It has made it a rather ‘traditional’ wine presentation, but at least it is sensible. On the evidence of the first programme, which included an Adi Badenhorst ‘Secateurs’ Chenin Blanc, and a Grappa, they are prepared to branch out a bit to bring in some interesting wines.

Drinking against the Clock

The other issue I had was that the programme is called “Food & Drink”, yet last season the Drink represented about 10% of the content. It appears that this has not changed much. I have not timed it, but it still seems to follow the standard UK television wine content format of adding a brief wine footnote to a piece about something else. I do hope that at some stage this year, Kate Goodman gets the chance to do a longer piece on wine.

Is this the programme we’ve been waiting for to get people talking about wine? Sadly, probably not. It won’t hurt, but it doesn’t really inspire me, and I must be close to the target market for the general content. I much preferred, with some provisos, the Christmas wine programme with Giles Coren and Alexander Armstrong.

Have you watched the programme? What do you make of it, and have you heard any of your friends discussing the content?