Whatever you think of Giles Coren or Alexander Armstrong as the presenters, the BBC show “The 12 Drinks for Christmas” was entertaining TV and a snapshot of a very British attitude to drinking. 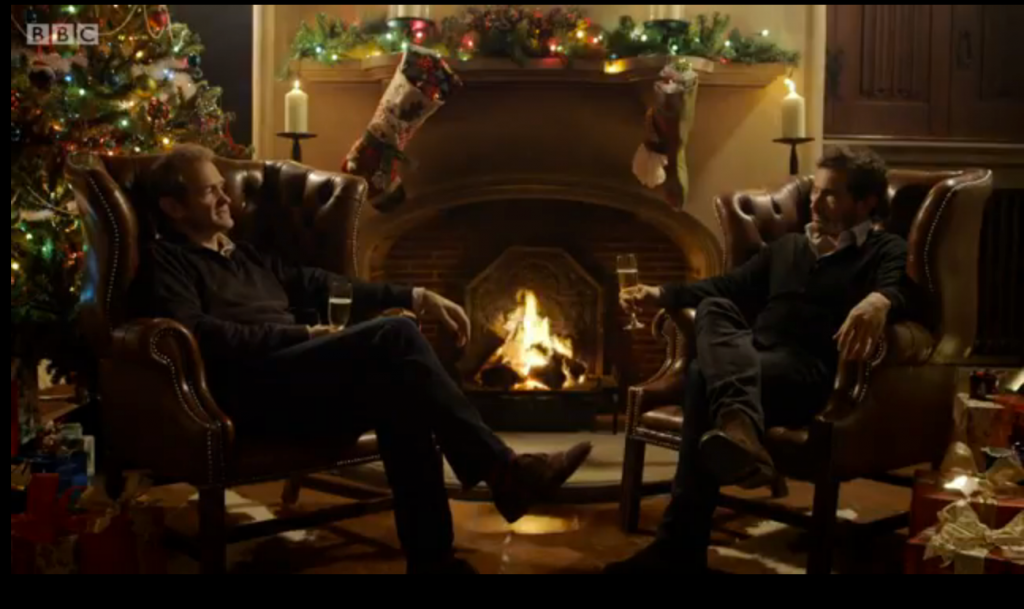 The 12 Drinks of Christmas – click the image for iPlayer

Many will argue, and do, that wine is just not interesting enough for TV. The show proved that with a decent theme (e.g. Christmas) and engaging personalities, alcoholic beverages can be engaging TV material. If you live in the UK, you can watch the episode on iPlayer.

I personally think that wine did reasonably well, with lots of the kind of ‘wine knowledge’ people could use, even if I think it could have included more useful advice on choosing wine. Some personal thoughts on the wine content of the programme:

I have 2 main criticisms of the programme. The first, a minor one, is that they should have avoided silly “hands-on” demonstration of flaming puddings, or outdoor tastings in a car park – these things always look awkward.

However, the main criticism is that it glorified excessive drinking. There were far too many references to over-indulgence and drunkenness for my personal liking. I admit that at times I too consume more than my fair share of alcohol, but I don’t think that this is something to be proud of. The conversation, in that way, was just so very British. If anyone wanted a case-study on the “traditional attitudes of Britain to alcohol” this would be a pretty good exhibit.

Either way, it was a welcome sight to have fun and engaging content about wine on British TV.

I would love to see Alexander Armstrong make another programme about wine … but maybe without Giles Coren this time.

Addendum: I couldn’t quite put my finger on it, but Giles Coren’s attitude bothered me. In fact, I thought he was quite restrained compared to what I had been expecting, yet something in the back of my mind said there was something amiss, and I just remembered what it was.

It was an article I read earlier this year, which I now feel was done just for show and because it was (apparently) genuine, I felt for the man. It was for Esquire magazine (so I should have known better), and in it, Giles Coren proudly announced he was giving up drinking – Giles Coren Gives Up Booze. How do we reconcile the attitudes in that article, with promoting excessive drinking in this programme?

He never claimed he was giving up completely, nor that he would never drink again, but the gist of the article was to change attitudes to “getting drunk” but the tone in this programme was the opposite. Shame.