Can you remember life before the smartphone? It was awful. Can you imagine life without it now? Not awful, nigh on impossible.

At least that’s how I feel as someone who spends all day, every day hooked up to the bright-screened pacemaker of my life.

The buzz, or ping, from the updates on email, twitter, facebook, and SMS are so constant they sound like the ECG of my social life. What if that were to stop?

Deciding what phone to get into a relationship is important, almost as important as choosing a bottle of wine to open. 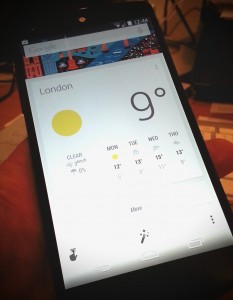 The last iPhone I owned was the 3GS. It was good, for the time, but I was a little unfulfilled, largely because I don’t listen to music on the go, and I was never infected by the iTunes virus.

I moved swiftly to Android which felt more natural to me. Google data centres own most of my digital consciousness already, so the phone fit neatly. I progressed through a few phones, many quite forgettable though the promised much (like the HTC Sensation which never had the memory to cope with the tools it packed).

My favourite phone was the Samsung Galaxy S3. From the first moment I was entranced. It was large, but not too large (unlike the Note). It was fast. It was reliable. It was sleek, … too sleek it turns out.

It survived a number of falls from my hand and that of my 5 year old games genius. However, it eventually succumbed to the tiled floor of the local swimming pool. Amazingly, and to its credit, despite a severely cracked screen, it continued to work for months while I was too busy, or addicted, to lose it for any length of time to have it fixed (£109!!!).

Then the Nexus 5 came along. It promised kitkats (I was told), plus grunt, beauty unbound and tricks galore. I fell for it.

So, here’s a brief wine blogger’s vinous take on the Nexus 5 after a few days of using it.

At first, the Nexus 5 offers notes of cubist modernism, a hard-edged case with occasional curves that make it approachable but suggest something of great substance. Solid, but not heavy. Swirling the glass, in your hand, has a tendency to leave streaks and fingerprints on the casing, but they fade faster than the floral aromas on a cheap pinot grigio so it is not an issue so far. 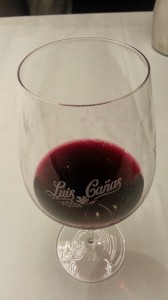 The colour is amazing. The screen is bright and the depth of colour rivals a Californian Zinfandel, but in fact the edges fade quickly and it feels like the viewing angle is restricted. I have found it harder to see what is on screen when taking images at tight angles, something I hadn’t noticed on my S3.

The first taste is impressive. It loads quickly, unburdened as it is from extending ageing in the technological cellars of another carrier. This is straight-up KitKat. Google Terroir, so to speak.

However, after the initial hit, the phone starts to lose its charm. In the last few days many of my apps stopped responding. The phone did not crash, and you can escape the app and reload to kickstart it back into life, but this seems to be a process hanging. It happened in the camera as well as Facebook and Hootsuite apps, so I’m guessing it is an Android issue. Whatever the cause, it leaves a bitter taste.

Talking of the camera, this is supposed to be a killer feature. I found the initial images a bit lifeless compared to the S3 but to be fair I am comparing memories of a recent trip to Rioja with images of SE23 in London. I added Camera JB+ to add further image and editing capabilities, but that app hung each time I tried to add effects (or FX). I also have noticed an annoying shutter lag which has made me miss many photos I am certain I would have captured on the S3.

The impression is that this is still a little rough around the edges. There are also some simple tools missing. No battery % indicator (AND NO INTERCHANGEABLE BATTERY). No simple way to turn battery-draining features like wifi and GPS on/off like on the S3. These are easily fixed with a dash of Power Toggles but I would have thought Google could have included these. Any why can’t you cycle backwards through pages of apps from the first page? Bring up All Apps and you have to scroll through every page to open Youtube if you don’t happen to have the shortcut handy.

Pondering the finish, the Nexus 5 does have some neat features, like two finger swipe down opening Settings, but the phone and the operating system still feel like they need a bit more ageing. I’ve a feeling that Android 4.4 will develop grace in the next few months and smooth out the rough edges of this phone, and the whole will be better integrated.

However, anyone looking to make this switch might want to wait to see how this plays out over the next few weeks.

In short, I’ve not fallen in love with the Nexus 5, but we are still together and working on our differences. I have had to promise not to revisit my old S3 flame and we will see where things lead.