My ‘wine take’ on the upcoming British election. If it sounds like the wine list from Hell, you are probably right. Either way, we’re going to be nursing a headache soon. 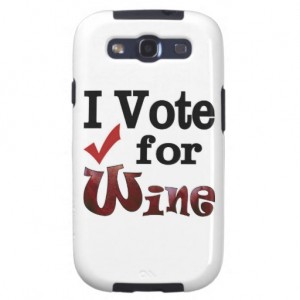 Conservatives: A bottle of fake Bordeaux – the label is glossy, but the contents are a chemical concoction designed to ‘look’ like wine as long as you can be convinced never to open the bottle because it will be worth more in future. Dazzling marketing by people in suits you don’t trust, … but they did say you’d make such a lot of money by investing in this wine. You’ve been conned!

(edit: recent scientific evidence has also proven conclusively that consumption of ‘Tory’ wine leads inevitably to drunk-dialing your European significant other and threatening to break-up. That can never end well. To be avoided at all costs.)

Labour: Been on the shelf for far too long. Likely to be oxidised and damaged by the heat and light that it has been subjected to lately. Cheap plonk dressed up, and put on offer, but a well-known brand that may not break the bank, but will also not excite anyone. Probably have to buy it, but may well end up just cooking with it in the hope that fresh stock arrives soon.

LibDems: Corked! It was a bottle full of promise, a bit expensive but worth the adventure, but it turns out to be tainted by an external chemical. Everyone had told the winemaker to consider a screwcap closure to keep the wine safe, but the winemaker decided to stick with traditional cork to avoid offending anyone. Pour it down the sink. Unfortunate accident. Start again!

Greens: Grape must from previously unknown, indigenous grapes. Freshly squeezed ideas ready for development and with a potentially bright future in front of them, but also ready to turn sour if exposed to the air too soon. Sadly no-one seems to know how to deal with them. All the messages are right, all the indicators are good and occasional experiments have shown promise. This is what we are supposed to want, but it is a long-term commitment and it makes us feel uncomfortable. If we go for this, what will we have to drink tonight?

SNP (and to some extent Plaid Cymru): A party wine. Everyone’s drinking it, so join in. Tastes a bit odd, but no matter, … if everyone else thinks it is OK, it must be, no? Something new, fun and anti-establishment, but don’t forget the minimum price tag! Might regret it in the morning, but you can deal with that then, right? Probably best to get a bottle of this along with that bottle of Labour 2005 that you’re so worried about just in case you need a second bottle.

Let’s just hope that by the time we get around to ordering again, someone will have found a way to improve the wine list. One can dream!