“Daddy, can I have the other phone? Your one goes in and out of focus and I can’t finish my new video.”

Parents of 9 year-olds these days have many unexpected conversations to handle on a daily basis. This one happened last weekend. 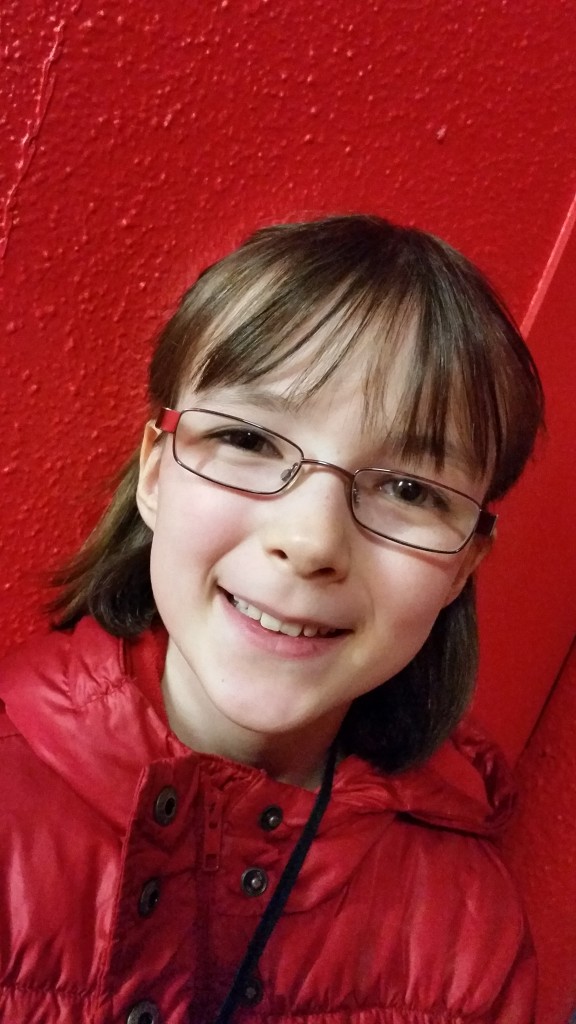 ArtByNona in red (on Samsung S5)

I am very proud to say that my daughter is a blogger (video blogger) with her own YouTube channel, so I’ve had the privilege to introduce her to lots of useful tools and techniques. It meant that when I was invited by Three to test a new Samsung Galaxy S5 at a Parent Blogger & Child event (#s5teddybearteaparty), I jumped at the chance. The thing is, she is now as unimpressed by my Nexus 5 as I am.

Creating content (photos, updates, connections) is what I do, so my phone is important to me, but now it is important to her too. Before I tell you about what we got up to with the phone (which involves a bear on roller-skates, so read on), let me tell you about the Samsung S5 which I borrowed (but returned).

The Phone in Action

I’ll be honest. Phones are a bit like cars. I’m neither a racing driver nor a developer, so I expect most market leading models to be quick enough at doing what I ask them to do so that it seems I never have to wait. This is not a feature, it is a simple requirement.

Instead, the first test with whether it looks good. Neither I nor my daughter know anything about what goes on “under the hood” on either machine, so this is as good a place to start as any. From the front, the new S5 is lovely – with a large screen and bright colours. Neither of us were convinced by the silver ridged sides or ‘perforated’ back. I also think that this is on the top end of the size I’d be comfortable handling on a daily basis. So, first impressions were OK, but we still needed convinced.

What really made the Galaxy S5 stand out was the camera – and so this is what we put through its paces more than anything. To kick things off, we decided to go out for an autumnal family walk to take some photos (click on the image to see a cool Google+ “Story” of the experience with our photos):

What I liked about the Samsung S5 were:

Nona also used the camera (without any training or input from me) to record one of her videos. Once again the calmness of the focus showed itself, allowing her to move her hands during filming without it re-adjusting the white balance and focus constantly.

Get Yer’ Skates on Bear!

So, with this experience in hand, we went off to Hamleys (on a Saturday? Madness!) to Build-A-Bear and meet other Parent Bloggers and their kids.

We had a great time with the evidently highly professional team at the Build-A-Bear concession on the third floor. I took a number of photos and videos and can say I’m pretty pleased.

While Nona went about selecting, assembling and dressing her bear, I recorded the event. I have to admit that I chose to remove the default ‘stabilisation’ for low-light since it created an enormous lag. I can see that this would help with food and wine photography, but can’t deal with kids’ activities.

I found the photos appeared immediately brighter and well balanced, and there was relatively little shutter-lag, a major issue with camera phones of the past. The video setting was equally clear and bright and the focus was correct and fast – something that I cannot say about my Nexus 5.

I was surprised that the white balance did not adjust, however. I suspect this could be the camera app settings (I recommend Camera Awesome App that allows you to separate the camera’s focus and white balance points for great shots – however, I did not try installing it on this test phone).

The results of the test were that:

Thank you to Three and Samsung for arranging this experience – both the phone and the Build-A-Bear. The phone was loaned with a pre-paid SIM card, both of which I returned but kept the SD card. The cost of the Bear and the Accessories, as well as a “kids’ tea party” at Scoff & Banter were also included in the invitation.

Here are some related posts from the same event: