I watched the trailer for the latest reincarnation of The Magnificent Seven with Denzel Washington (love almost all of his films), Chris Pratt (liked him in Guardians of the Galaxy) and Ethan Hawke (Gattaca!!!) amongst others.

While the movie itself seems a little over the top, I wondered to myself whether we really needed another version of this film.  After all, they are all imitations of the original Seven Samurai anyway (may have to watch that tonight).

I then realised something odd. My kids will NEVER be like me because of one huge difference in their upbringing.

They are growing up without Westerns and Swashbuckling adventures.

Those films were integral to my childhood. I may not be American, but I knew something about the Gold Rush, the US Civil War, the damage and destruction that can be caused willingly (as well as unwittingly) to native peoples when you go in search of your own fortune, often in desperation, the cruel treatment of “others”, including Africans and Chinese (all because the railroad needed to be built! Damn capitalists!!). 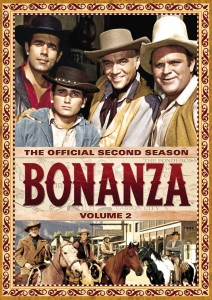 Yes, there was a lot that was wrong with many of those films and their portrayal of First Nations and native Americans, and particularly of women. Yet they weren’t all bad, and plenty of them addressed important social issues as well. Even so, they were stories to take part in, discuss and share. It wasn’t just the movies on at weekends. Remember TV shows like Bonanza, Alias Smith & Jones, or Zorro … or even re-runs of The Lone Ranger? (sadly, you probably don’t)

I have no idea how my kids will learn about these things, or if they ever will.

While my kids may have many more immersive activities such as video games, or 3D movies, they don’t get to watch morally ambiguous films and series like these any more. It is sanitised and based on extremes of good/evil.

Then there is also the fact that any modern version of these films inevitably goes for ‘realism’ and feels it needs to show shocking, graphical displays of injuries and dismemberment. I knew people died and got hurt, I didn’t need to see heads explode or arms be severed. I certainly won’t encourage my kids to watch such things quite yet.

Please serve the Morality, with a side-order of Adventure, but hold the Blood & Gore

Is this better? I don’t know.

Funny what a movie trailer can make you think about.