I can’t, in all conscience, keep this from you. Especially now that I’ve bought some for myself before it ran out.

If you love traditional Rioja – with all its silky blend of blackberry, sour cherry and plum compôte dusted with pepper, liquorice root and aromatic cedar, then buy this, because at the current price of £7.99 a bottle, it is a great deal despite the rather young age (for Rioja): 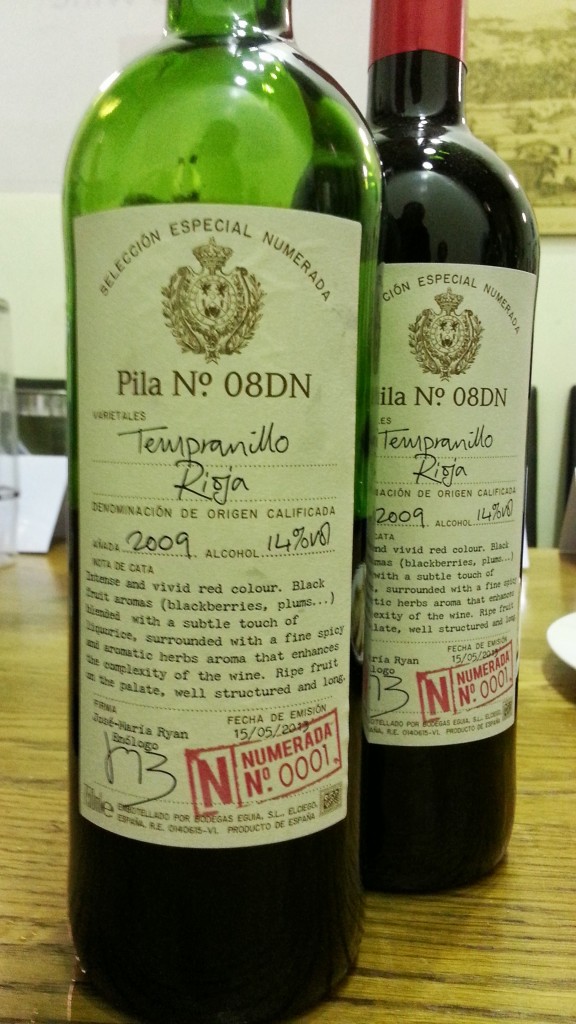 A tasty Rioja with a hidden past

Confused by the name? Me too! Basically it is a wine that was made for a traditional, but unnamed, Rioja winery to be sold as a classic Reserva. In order to make some cash earlier, they’ve offered it to Laithwaites to put their own label on with only the basic, legal information (what the Australians would call a ‘Cleanskin‘). Ultimately, it is a shame that a winery has been unable to sell something like this to promote/create their own brand, but it is a good example of what a savvy buyer from a big supplier can find and offer consumers when, for whatever reason, a winery HAS invested in making something like this and cannot sell it.

You can ignore the label, this is not going to be a “brand” to look out for in future as it is a one-off deal (hopefully more about helping the winery make cash rather than a closing down sale). It also means that you should buy it while you can as there is unlikely to be any more exactly like this!

UPDATE (21:00 – 18/09/2013) – unfortunately it seems that the wine has now sold out. I will try to be even faster next time! I am trying to find out if there is any chance of there being more of this wine soon, and if there is I will update this post and mention it on twitter (@thirstforwine) – so keep an eye out on both