An Englishman, an Australian and a Portuguese walk into a Scottish restaurant … on the night Portugal play Ghana.

The connection, apart from the fact that at this point every one of these countries had been eliminated from the World Cup, was, possibly strangely, wine and music. 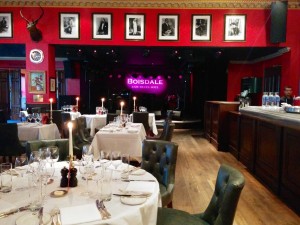 The restaurant in question was the impressively well-proportioned Boisdale in Canary Wharf, with its several floors of tables filled with energised City types from the many offices in the area, and its jazz music stage. Boisdale is a “Scottish restaurant” that offers a very reasonable selection of dishes made from ingredients sourced from Scotland, but somehow a bit diminished by the fact that they are presented in surroundings covered in faux “country lodge” wall hangings and rather psychedelic tartan carpets. However, as a venue to bring together the world of wine and jazz, it proved very hospitable not just for me, but the Englishman in the midst, Mr Martin Lam who earned his reputation running the now sadly closed Ransome’s Dock restaurant in London, and someone who knows much more than most about Portuguese wines. 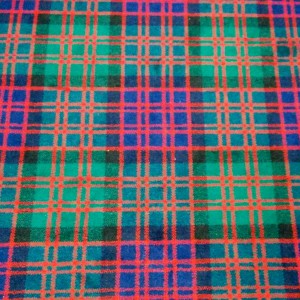 The dinner I had been invited to was hosted by the team from Esporao winery from the Alentejo in Portugal, and their UK importer Barwell & Jones. The Portuguese in question was the very charming Joao Roquette, CEO, who braved the disappointing football news to be here, while the Australian was the highly regarded and experienced Head Winemaker David Baverstock, who has been making wine in Portugal for over 20 years.

David & Joao hectic UK schedule included numerous other tastings but it was a great pleasure to find a moment to relax with the great company, and the music of the The TJ Johnson Band, to talk about wine, Portugal, “minerality”, and music. Both are extremely personable characters despite the fact that they represent one of Portugal’s most successful wine businesses.

Racks are for Wine as well as CDs

Joao’s background interested me in particular because as well as his formal economics & business training, he is a jazz musician as well as a record label owner. One of the discussions we had that evening was a question Joao asked me, and I wasn’t able to answer fully; “How is music like wine?” – here’s a summary of my thoughts in answer to his question:

Most of the time we listen to music to add to a moment, something ‘suitable’, that makes us happy. It is only rarely that most of us want to focus JUST on the music, which we might do at a concert, a gig or by closing our eyes and focusing our attention on a special recording. This requires a great deal of investment, not just of money but of time, effort and attention.

Of course there are those for who music is everything and who rarely turn on ClassicFM for “background”. These are the geeks. The exceptions. In wine, they are also the most vocal consumers.

Some wines are like creative jazz performances; challenging, exciting and demanding of your full attention to appreciate – and can be incredibly rewarding.

But, like music, most wine is really consumed like CDs – a pleasant addition to a social situation, hopefully a familiar one, but rarely the reason for that occasion.

Most wine should be about popular enjoyment, not critical reviews, and as such we should drink wine and listen to music because it makes us happy.

Wines that Made us Happy 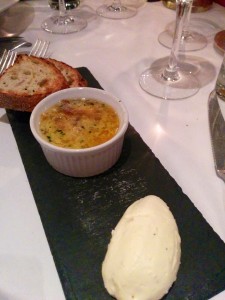 The wines they were presenting came from their two different wineries – one in the Alentejo, the other in the Douro valley. The wines of Esporao in the Alentejo included some impressively “tangy” whites, encouraging the assembly of wine geeks to bring up the thorny issue of “minerality”.

Certainly the whites which included the 2013 Heredade do Esporao Verdelho as well as the 2013 Duas Castas blend, both showed really crisp acidity despite the heat from the region, and were a good demonstration of the modern, fresh yet approachable Portuguese white wine potential which David was rightly proud of.

The third white, the Esporao Private Selection from 2012 was also fresh, and at this stage also very young, but the Semillon grape showed some “Hunter-like” dry, nutty notes making it a more elegant, stylish offering, which went very well with my starter of Smoked Haddock with horseradish cream (a potentially rather challenging match). 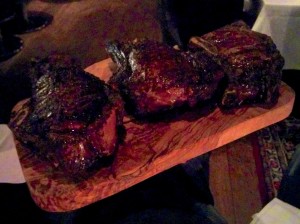 For the red wines, we began with a juicy, rounded, yet unoaked Assobio from Quinta dos Murças, the first of the Douro property wines. It is interesting to see a business from outside the region move into the Douro Valley with the express purpose of making still wines. The Douro has, until relatively recently, been perceived as an almost exclusively Port producing region, but the production of DOC Douro still wines is increasingly common and the quality is very high, as you might expect.

We also tried the very impressive Quinta dos Murças Reserva 2009 with its almost ruby-port like concentration of plum and violet fruit with a little tobacco leaf on the finish – a very tasty wine.

The real stunners of the evening for me, however, were a bottle each from each winery.

The Heredade do Esporao Private Selection 2004 was not only stunning, but very youthful. There was a great deal of red berry fruit on the nose and palate, hints of some tomato leaf in there too, and what I described as an “inky liquorice” on the finish which was delicious and lasted for ages. If you find a bottle, grab it (the winery is trying to do the same, so the race is on)! 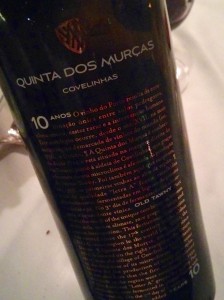 And to finish, we tasted two ports from Quinta dos Murças; the 2011 vintage and the 10 year old Tawny. Like so many vintage ports from the fantastic 2011 vintage, this was a great wine with a great future, and although it is already a superb drink, I am certain it will age for decades to come. However, I have always had a soft spot for Tawny Port and the 10 year old, only introduced in 2011, really was a great way to finish the meal. Rich, nutty, not overpowering, and very sociable.

As if to prove the point, this was the point where wine and music truly came together and as the band completed their set, they came over to meet our merry table and to join us for a glass of Esporao wine.

It is hard to get a measure of a winery with as broad a portfolio as Esporao with a single dinner and meeting, but the dinner has inspired me to make my way to the Alentejo, just a short drive from Lisbon, to visit the winery and vineyards and get to know the wines better.

Thank you Joao & David and also Angus and Fiona from Barwell & Jones.