There is a single landmark that dominates the scenery of Lugana, the Torre di San Martino. Wherever you are in the region, all you need to do is glance across the vineyards, behind the winery or through the trees and there it is! It stands like a watchtower, but also a symbol of a historic struggle; a quest for unity, and also independence from outside influence. 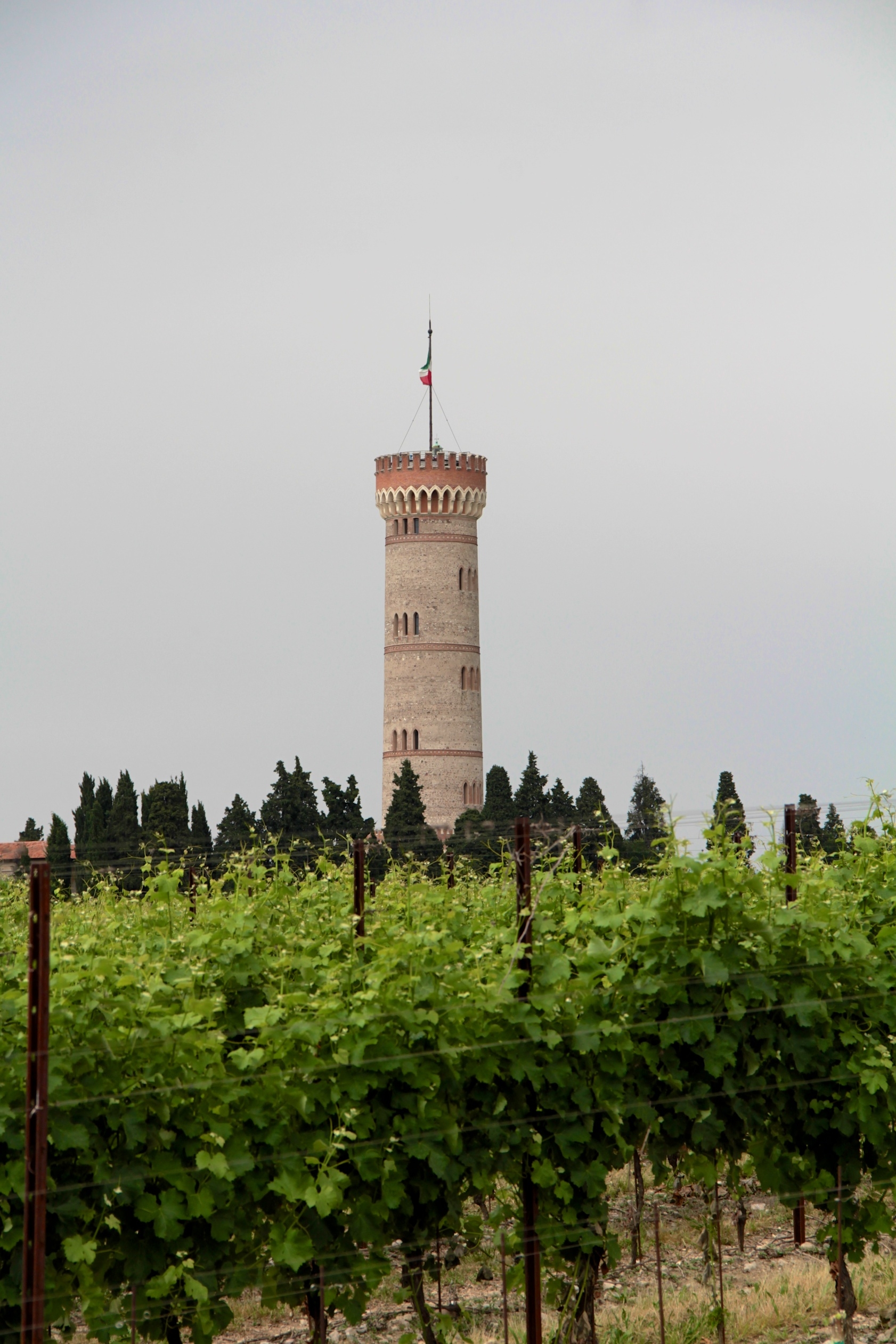 The land it surveys is vast and flat. The view from the top stretches for miles across the plains of the Po Valley and across Lake Garda. This land is the product of ancient tectonic shifts and glacial erosion, and the unwelcome inheritor of the resulting depths of thick clay soil. Until recently, this was a poor, infertile, inauspicious land, good mainly for grazing and building factories on.

Until recently, and here’s the irony …

The Torre di San Martino was built to commemorate the success of the ‘Italian’ forces over those of the Austro-Hungarian empire in 1859 after the terrible battle of Solferino, itself the bloody inspiration to create the Red Cross. This battle was instrumental in the unification of Italy in the face of outside influence, namely the Austro-Hungarian Empire.

It is ironic, therefore, that the two pillars of the modern success of the Lugana wines that completely surround the Tower are the grape variety that sets it apart from the rest of Italy; Turbiana, and the 4 million visitors, largely from Germany and the EU, that come to Lake Garda every year as tourists.

This “inauspicious land” is now covered in tourism constructions around the lake, and vines to satisfy the demand for wines from the tourists and fans abroad. 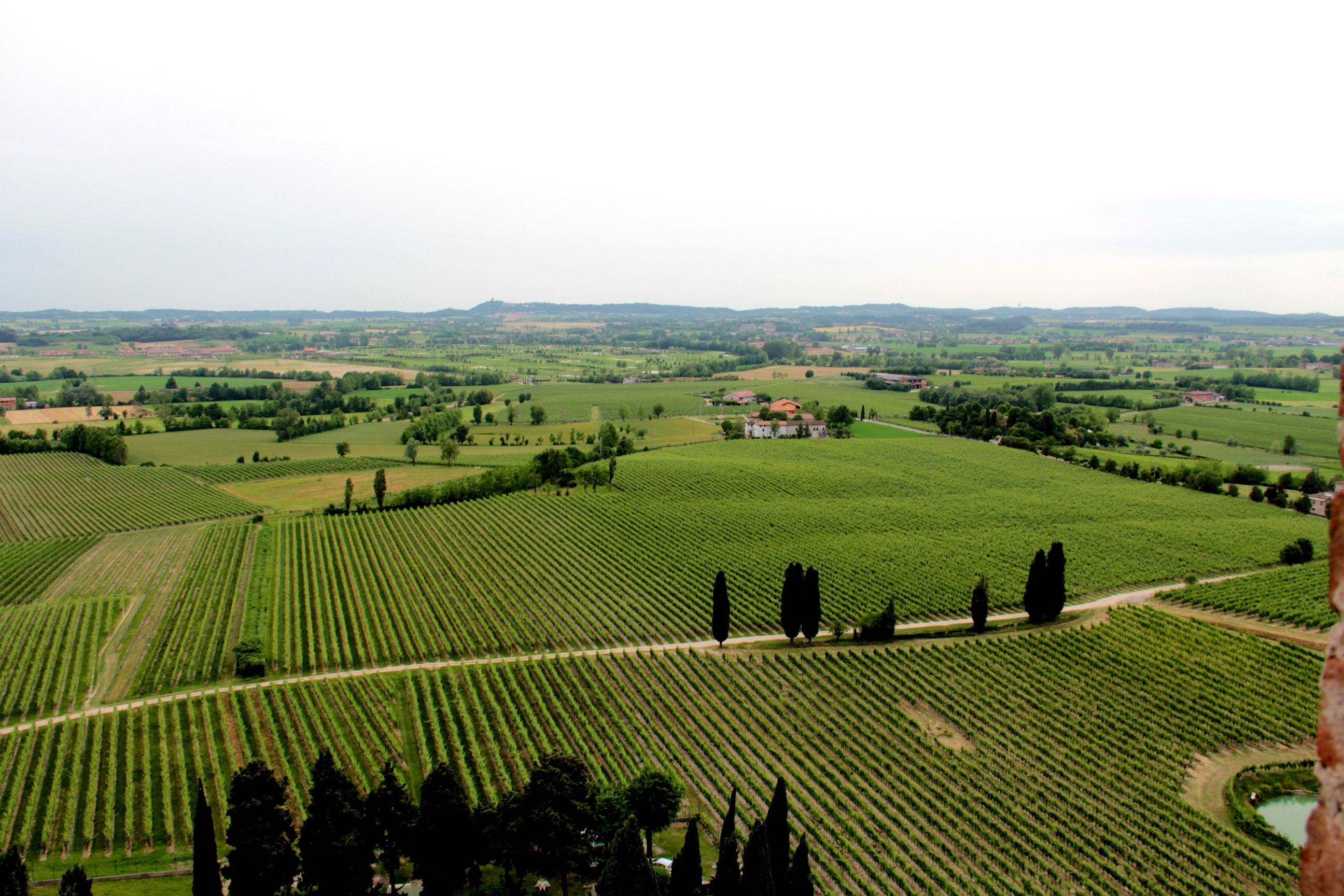 While I was visiting the area, I asked all those I met the same question, “What makes Lugana different? What is ‘Lugana’ to you?”

After their puzzled looks faded, the answer was a rather complex combination of: “a grape”, “tourism”, “clay” and “age-worthiness”. It seems the unique positioning of Lugana still needs some clarification.

However, the regular wine drinker does not need to disentangle these threads to appreciate the wines. They are approachable but also long-lived. However, the wine enthusiast has much to explore in this small region, and working out the interplay of these themes offers scope for something truly different as a result.

Like Lugana, the Torre di San Martino is now less about past battles, but is now an attraction for visitors to the region who want to take in the view and admire the expanse of vineyards planted below. It is now not simply a symbol of historical national unity, but a weapon in the ongoing civil war for wine sales and tourist numbers, welcoming the foreign attention, and the benefit it brings to the local area.

After all, we may all love wine, but the competition to be the wine in your glass is fierce. This battle rages on. 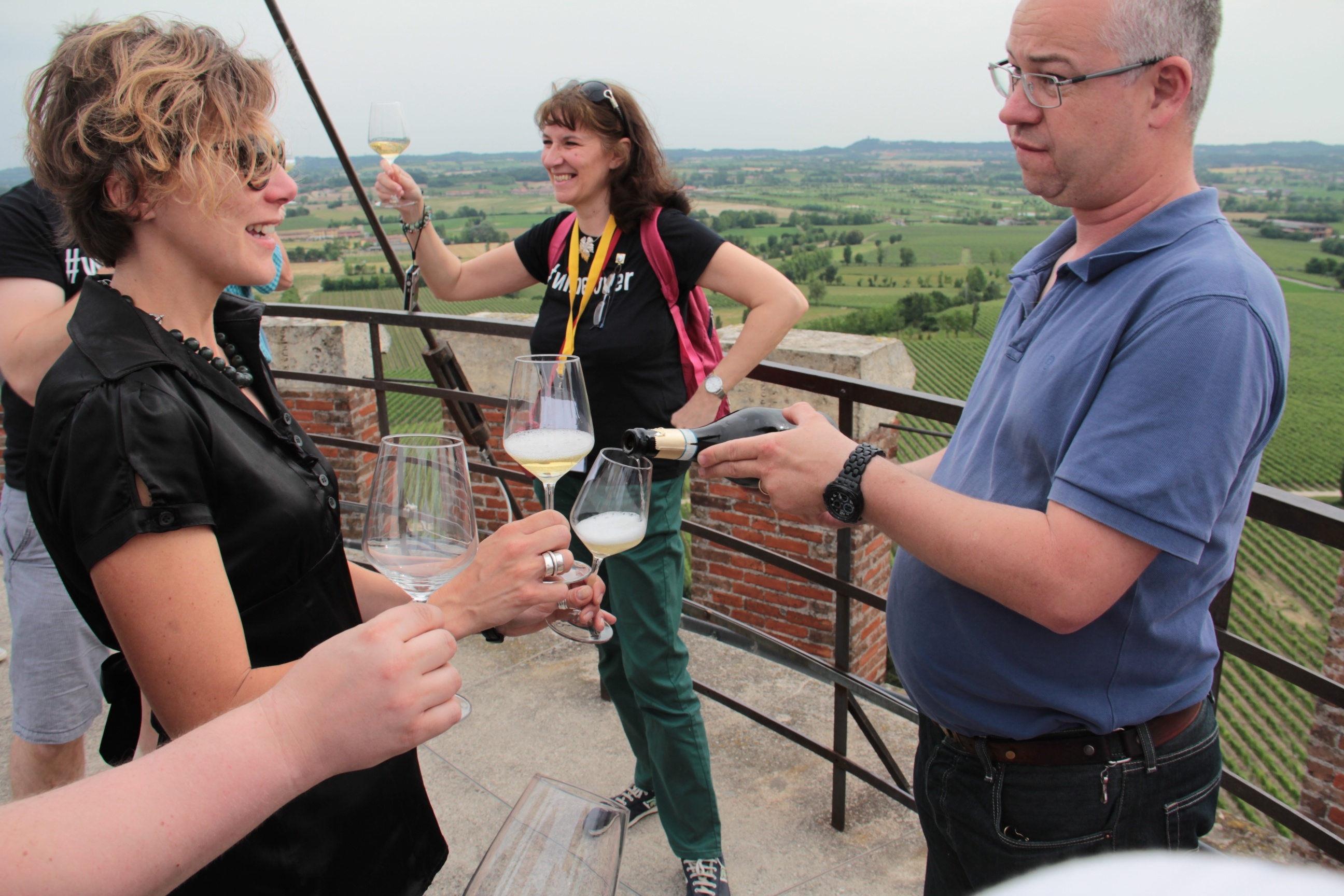 What Lugana needs, and in fact what Italy as a whole needs, is more of the spirit behind the Torre di San Martino, the collaboration between regions, to build “Brand Italy” around the world, to give all the wines from this fantastic country the context that consumers crave. It is much easier to promote Lugana in the context of the broader Italian story about food, wine culture and history, through collaboration with neighbours near and far, than it is to try and go it alone. Thankfully this spirit of collaboration does seem to be alive in the Consorzio Tutela Lugana DOC.

If you are interested in what Lugana has to offer, then keep an eye out for some upcoming posts about the region and its wines, otherwise I recommend going out to find a bottle of Lugana and simply enjoying the experience.

… and while you do that, I hope you enjoy some of my images of, and from, the Torre di San Martino

Disclaimer: I was in Lugana as a guest of the Consorzio Tutela Lugana DOC on an excellently organised trip by Fermenti Digitali (Elisabetta Tosi & Giampiero Nadali). I will post a full run-down of the trip and the wineries that supported that trip separately, but you can read more information here: http://www.luganawinetour.com